Join our Telegram Channel for the latest event updates and exclusive special offers
Add to Favourites In my Favourites
Share event
Share event with your friend
URL link
https://dubai.platinumlist.net/event-tickets/46580/thomas-anders-live-in-dubai

Evgeniya T.
Apr 24, 2017
The singer performed his popular songs in old and new interpretations.
Gulnara Z.
Apr 24, 2017
I liked the Event location as a whole due to the hotel choice and place. However, the scene is not suitable for the sound effects and set up.
previous1 of 7next 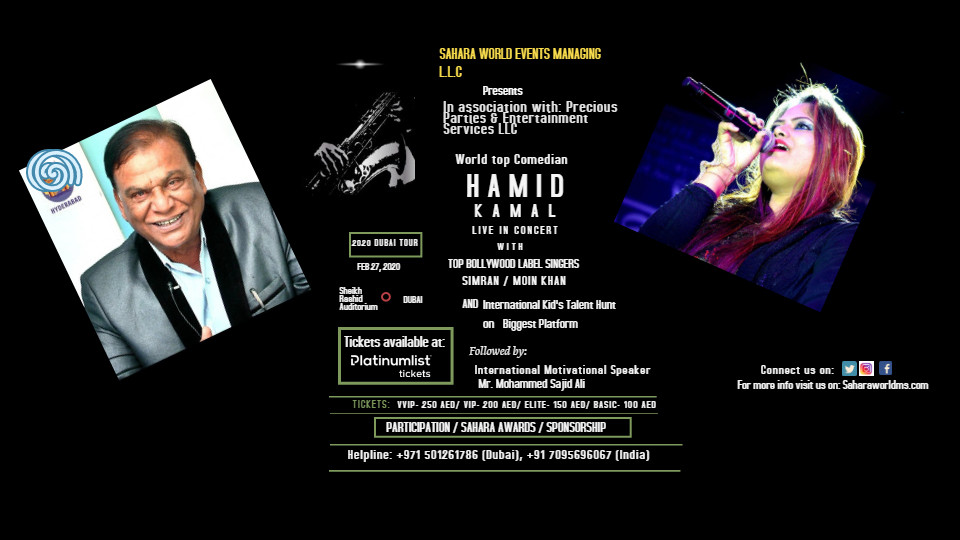 THOMAS ANDERS was born on 1 March 1963 and is one of the few German stars who can be said to have made both a national and international impact on music history. During his time with Modern Talking, he enjoyed countless chart successes that spread his fame to almost every corner of the earth.

“You’re my heart, you’re my soul”, for example, reached number 1 in 81 countries. Worldwide CD sales of Modern Talking and of Thomas Anders’ solo works have now topped the 125 million mark. Thomas Anders has received more than 420 gold and platinum discs or CD’s and numerous awards to mark his artistic achievements. The latter have included the “Bambi”, the “Goldene Europa”, the “Goldene Kamera”, the “ECHO”, the “World Music Award”, the Golden and Silver “Bravo-Otto”, the “Golden Lion” from Radio Luxembourg and many more besides.

Despite such triumphant success, Thomas Anders is a man who is constantly on the look out for the next challenge. A serious and professional entertainer, he does not know the meaning of the word stagnation.

The worldwide success he enjoyed with Modern Talking was followed by the release of many solo albums in Germany and abroad. His most recent solo pop album “STRONG” sold over 1.000.000 copies in Russia alone and was awarded a platinum disc.

The video for “Stay with me”, a track taken from this album, was one of the most spectacular of Thomas Anders’ career and saw him perform the role of James Bond in true 007 style.

He had a new surprise up his sleeve in 2011, when he joined musical forces with Uwe Fahrenkrog-Petersen, best known for his production and song writing work with Nena. Their album “Two” shot to number 11 in the album charts as the “Gentleman of Music” transformed himself into a “Gigolo” for a brief musical period.

After releasing more than 25 albums, Thomas Anders then fulfilled a wish he had cherished for some considerable time by recording his first Christmas album. Just like its architect, “Christmas for You” was a multi-faceted kaleidoscope. New, yet traditional, and international yet private, this was a work that reflected the very essence of the man himself.

After 40 years in the business, Thomas Anders' offerings as a solo artist continue to excite and enthuse the music world. His fans cherish his authenticity and the stylish intimacy he is able to portray in his concerts. They love the feeling and mood he puts across in his songs.

THOMAS ANDERS is a musician through and through with a wealth of experience in the entertainment branch. He has been on the stage for more than 40 years and made his first TV appearance as long as 30 years ago. After this, his career went in only one direction – up! His concerts took him all over the world – from Cape Town to Hong Kong, from Tel Aviv to New York, from Santiago de Chile to Moscow.

THOMAS ANDERS remains the only international star to have performed eleven times at the historic Kremlin in Moscow, the Russian equivalent of the Royal Albert Hall. It goes without saying that he sold out on each occasion.

THOMAS ANDERS is a star who is able to present himself in a number of different ways. From powerful concert performer to confident show presenter, he is equally at home at galas or soirées where he is known for his elegant and personable appearances.

He is a singing star, a song writer, a presenter and a true entertainment professional. His fascinating charisma provides the inspiration as he takes his audiences on a musical journey through time by presenting the countless hits of Modern Talking and many other world famous pop classics.

Despite the limitless success he has achieved and all the opportunities this brings his way, one thing has never changed – the deep sense of connection he feels with his home region. Although he has travelled the world and spent time living in America and Berlin, the city of Koblenz, where he lives with his wife Claudia and son Alexander, remains the absolute centre of his life and the source from which THOMAS ANDERS draws the strength to go on to achieve further great successes.

As a down-to-earth “Koblenzer”, he has deployed his celebrity status in just the right manner by acting as patron of the Koblenz Child Protection Association since 2008. He very much enjoys working with and for children. Although he is constantly receiving enquiries asking for his support from other good causes all over the world, the Child Protection Association in his home city remains particularly close to his heart.
Read more